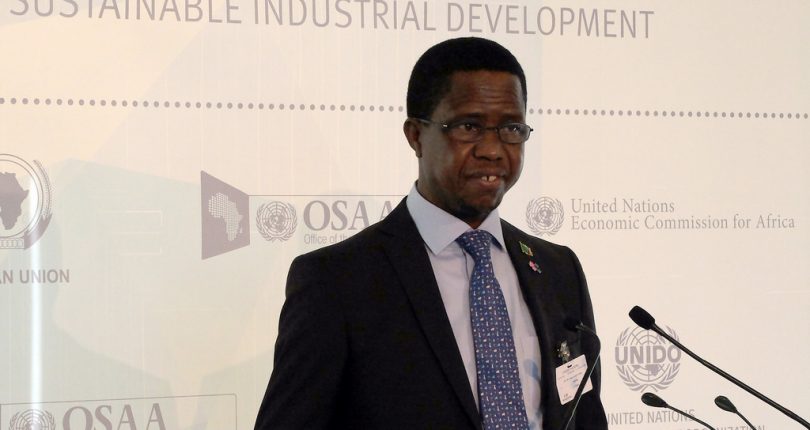 Zambia recently received an upgrade on its credit rating by Moody which is one of the top credit rating agencies. According to Miles Sampa who is the former deputy minister in Finance and Commerce, the new rating is an indication of sound economic leadership by President Edgar Lungu.

The former deputy minister said that the move from negative to stable credit rating was a sign of confidence and proper governance skills of President Lungu. The international community would regain confidence in Zambian government.  He added that the upgrade in credit ratings was also an indication that the economy was nearly recovering from the 2016 economic crisis caused by the general election. The government of the day was clearly steering Zambia’s economy in the right direction.

Mr. Sampa revealed that cost of borrowing and Eurobond payment by the county would go down owing to the stable credit ranking. These ratings would also give confidence to interested potential investors as the country had now regained conducive environment for investment. Mr. Sampa said that he expected that other credit rating agencies would give Zambia positive credit ratings as Moody Investor’s Service was a trendsetter.

He also said the new ratings were an endorsement that Bank of Zambia and Zambia Revenue Authority had taken the right successful strategies to revive the economy of Zambia. Mr. Sampa expressed his hope that next year would be even better for Zambia in terms of growth of the economy. He urged the government, stakeholders and the public to work hard to ensure that the country attained an even better credit rating.

Moody indicated that the stable rating was due to Zambia’s strong growth potential boosted by a young growing population and availability of ample growth resources. However, it cautioned the government against credit problems including debts burden, low debt affordability, and new funding requirements.  The country was also warned on the rising over-reliance on external debts.

Angola and Zambia are looking to expand integration and cooperation among them in order to promote...