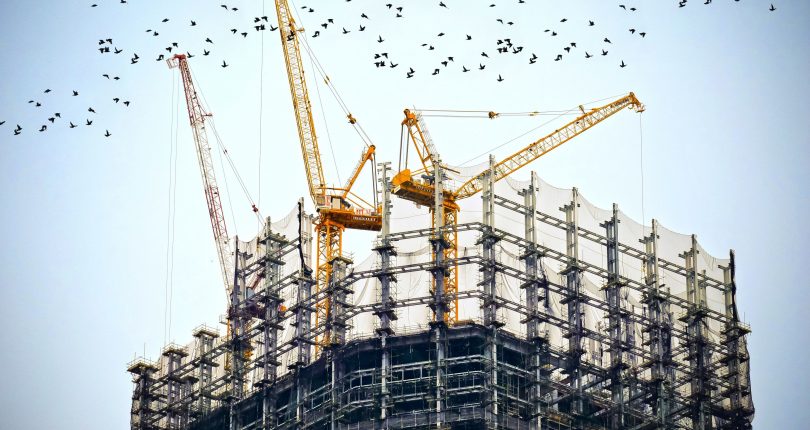 Since 2013 Zambia has witnessed massive developments of infrastructure in all parts of the country. The government has made true its promise in one of its major agendas of infrastructural development. In the last four years, there has been a construction of health facilities, colleges and universities, schools and major upgrade and construction of new roads. New police stations, administration offices, civic centers, staff houses and post offices are also currently under construction in over 30 districts. This wave of development has been warmly welcomed by people. As witnessed, an operator received cheers as he operated a grader during a road construction in Kanyama Constituency, Lusaka near Kanyama Hospital. Avic International Engineering Corporation is one of the contracted companies in phase II 400 project of upgrading roads in Lusaka.

The government has engaged Road Development Agency (RDA) to come up with sustainable strategies that will help finance infrastructural developments especially roads. This is aimed to help mitigate challenges of bulk financial requirements for such projects. There has been a shift to public-private -partnerships (PPPs) by the government in 2017. This move is aimed at acquiring sustainable financing for the infrastructural development projects.

Ronald Chitotela Minister of Housing and Infrastructure Development advised the RDA directors’ board to assist the government in meeting financial responsibilities to consultants and contractors involved. Mr. Chitotela urged RDA board to accept working with the Finance Ministry and other road agencies in developing strategies to foresee sustainable roads development financing.

The country’s treasury is already strained owing to the huge recurrent expenditure to be met and several other government-funded projects that are quite competitive. Even with efforts from Zambia Revenue Authority (ZRA) in reforms to increase revenue in government, the treasury alone cannot be able to finance these projects. This has left PPPs as the most efficient sustainable finance strategy for national development projects.

President Lungu has affirmed his citizens that he will continue pursuing his infrastructure development agenda even with the underlying financial challenges. In such efforts, the President has created Housing and Infrastructure Development Ministry to spearhead growth in the sector. He has also launched projects such as Chingola-Solwezi road, Lusaka- Ndola dual carriage road under PPP, Levy Mwanawasa Teaching Hospital expansion and the Greenfield Ndola International Airport among other notable projects. President Lungu also launched ZAF Twin-Palm PPP project worth US$ 1.4 million that will allow construction of commercial and social facilities in Lusaka.

Masunka Silungwe an expert in construction has called upon the government of Zambia to support...